Usually, the lifetime of Carrogate pipes is estimated to be 50, 75 and even 100 years, which depends on the raw materials, production conditions, storage and maintenance of the pipe. Note that in cases where the pipe must be buried and withstand environmental conditions, there are things that must be considered when installing the pipe. In relation to Carrogate pipes, soil pH should be taken into consideration. Carrogate pipes produced from polyethylene have been used for about half a century due to the impossibility of settling, rotting, easy installation and resistance to soil movement and pressure. The technical specifications and quality of Carrogate double-walled pipe must comply with the standard DIN16961-2 (related to the control of pipe dimensions and annular strength) and EN13476 (other tests related to product quality specifications).

Three-way knee and four-way joints are used for the branching of Carrogate pipes.
Carogate pipes are produced in 6-meter branches, and 12-meter pipes are without couplers and washers.
Carogate pipes cannot compete with any similar pipes due to their low weight. 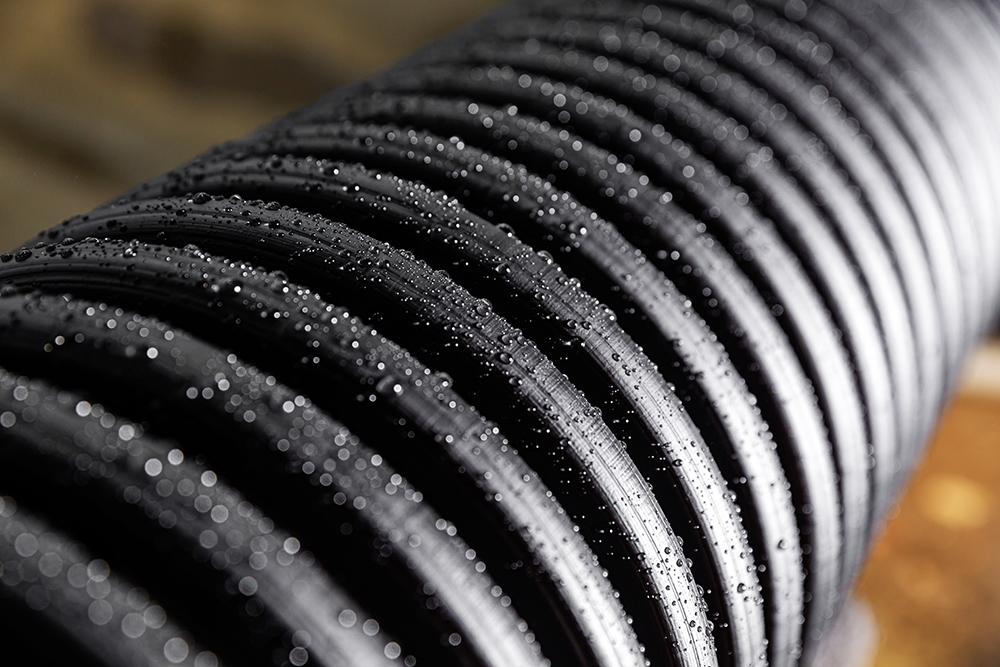 Types of application of polyethylene pipes:

Other important uses that can be used with Karogate pipes under different titles, the characteristics of Karogate pipes are among the best options in this system according to today’s needs in urban management and the establishment of urban sewage and surface water collection, so that today in most sewage projects of Carrogate sewer pipes are used.

• long life
• Flexibility and bending tolerance
• Less weight than steel, cast iron and concrete types
• Impervious to deposition, due to the polished inner surface of the pipe
• Resistant up to 50 degrees Celsius and insoluble in all organic solvents
• Resistant to corrosive substances (acids, salts and bases)
• Resistant to ultraviolet rays of the sun due to the use of materials (Anti-uv)
• Resistant to the attack of rodents and microorganisms, due to the lack of nutritional value
• Ease of installation and quick implementation
• Good load tolerance
• Easy transportation
• Tolerance of extreme cold and heat
• The possibility of using all kinds of connections
• Good hydraulic properties of the pipe due to smooth internal surfaces
• Very good wear resistance and traffic load tolerance 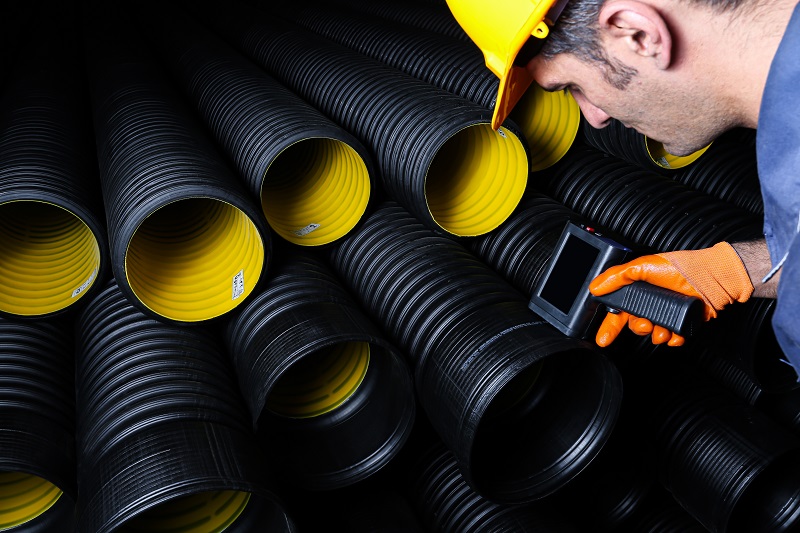 Do you need a consultant in the field of buying polyethylene products?

By sending a request through the online consultation form, the sales experts of the new pipe style will contact you as soon as possible.

Double-walled polyethylene sewage pipes should not only easily transport sewage and industrial liquids from one place to another, but should also be resistant to wear and corrosion. Also, these pipes should be easy to install and flexible and should not have any leaks. By producing these pipes with HDPE material, all these advantages will be obtained.
The raw materials used in the production of double-walled plastic pipes are natural (virgin) polyethylene or polyethylene containing carbon black in grades PE 100 or PE 80.
Let’s take a quick look at some of the properties and sources of HDPE high density polyethylene materials: 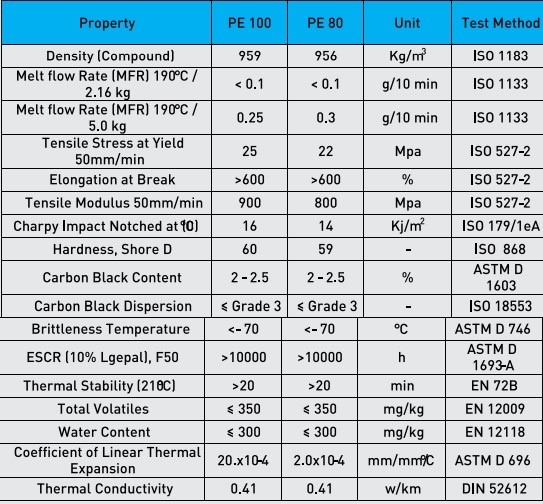 The designations PE80 and PE100 are based on the long-term strength of the respective materials, known as minimum required strength (MRS) according to ISO 12162.

Pipes made from HDPE materials are generally resistant to chemicals commonly found in municipal wastewater.

The maximum operating temperature for PE 100 in different environments is as described by Dale.

The reliable suppliers of HDPE grade PIPE EXTRUDE materials in the country are as follows:

When buying polyethylene pipes and polyethylene fittings, consumable raw materials, manufacturing plant equipment, and the reputation of the plant should be taken into consideration.

Do you need a consultant in the field of buying polyethylene products?

By sending a request through the online consultation form, the sales experts of the new pipe style will contact you as soon as possible.

Or call the following numbers: